Congratulations to Jane Lokken, who received the 2019 ECCF Leadership Award at the Autumn Social!

Jane has worked tirelessly on behalf of ECCF. She's served on numerous committees, including a term as Board Chair, and she was instrumental in the development of many of ECCF's legal documents. In addition, she and her husband, John, established the John and Jane Lokken Fund. Thank you, Jane, for your role in making ECCF what it is today! 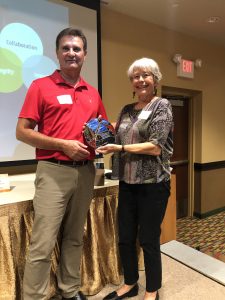 Other highlights of the Autumn Social included:

Recognition of Mark Faanes for his service to ECCF, including a term as Board Chair from 2015-2017: 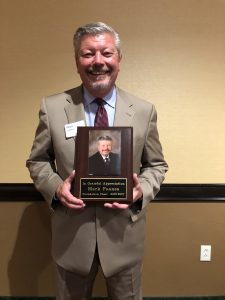 Mark Faanes holds the plaque that commemorates his service as Board Chair. 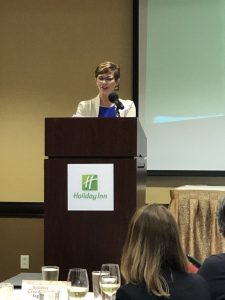 Pamela Westby educates the audience about the library's numerous innovations.

And the awarding of $1000 grants to five local nonprofits from the Board of Trustees members who have completed their terms of service: 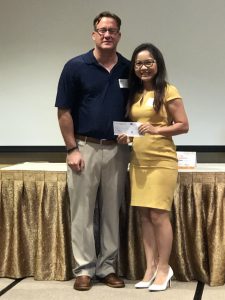 Jason Vance presents a grant to Mai Xiong from Special Olympics Area 3, which was recommended by outgoing Board member Suzanne Ashley. 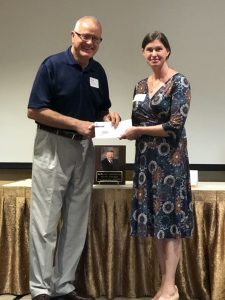 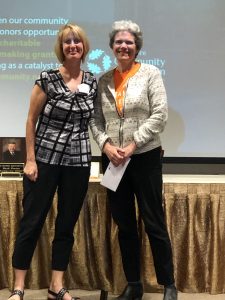 Laura Talley presents a grant to Emily Moore from Feed My People Food Bank, which was recommended by Lois Krause. 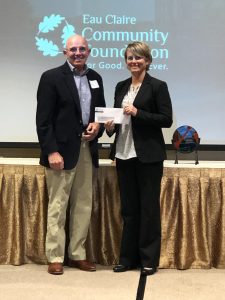 Lee Mayer presents the grant he recommended to Char Gurney from the Children's Museum of Eau Claire. 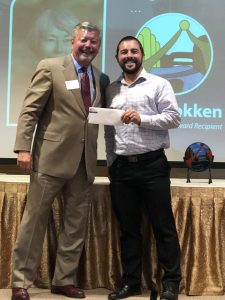 Congratulations to the grant recipients, and thank you to all the donors and volunteers who made the Autumn Social such a success!

Special thanks go to: